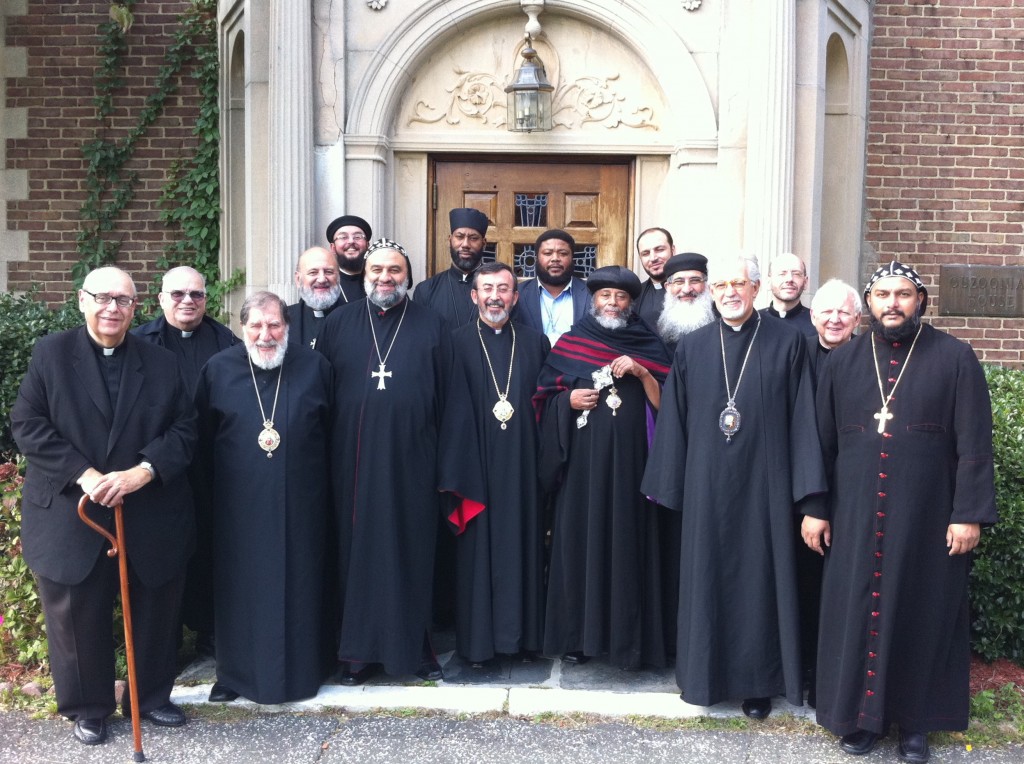 The Autumn 2010 meeting of the Standing Conference of the Oriental Orthodox Churches in America was held at St. Nersess Armenian Seminary in New Rochelle, New York on Thursday, October 7, 2010. The objectives were to discuss reaching out to the Oriental Orthodox Youth and to Unveil the New Website!

In a related area, the new website of the Standing Conference was unveiled by Fr. Daniel, Secretary of the Standing Conference (www.scooch.org). Long desired by the hierarchs, the website went online just the previous night. Fr. Daniel expressed his gratitude to Jeremy Gayed, a Coptic Orthodox young man with expertise in the area of web design, for launching and maintaining the website. As it develops, our hope is that the website will serve not only Oriental Orthodox faithful, especially youth, but also become a resource for those who wish to learn more about the ancient Christian witness of our Oriental Orthodox Churches. The Conference members recommended that links be created to facilitate interaction of our youth. They also asked that links be established to the official websites of the local churches, specifically to assist in locating Oriental Orthodox parishes in the United States.

Fr. Anthony DeLuca (SI) reported on the consultations ongoing at the United Nations concerning the elimination of international terrorism. There was discussion as to how the Oriental Orthodox Churches might have a role in what he termed “second-level diplomacy.”

As always, the meeting concluded with news from each member church. Of particular concern were the recent tensions and mass rallies in Egypt directed against the Copts and especially against His Holiness Pope Shenouda. No such degree of popular dissent has ever been expressed against His Holiness. In recent days the situation has settled.

Sayidna Mor Cyril (S) annoucned that the senior member of the Standing Conference of Oriental Orthodox Churches, Fr. John Chorepiscopos Meno (S) will be retiring from his pastorate and duties at St. Mark’ Syrian Orthodox Cathedral in Teaneck, NJ. Sayidna has asked Fr. John to continue his ecumenical duties for the Archdiocese. Abp. Khajag (A) expressed love and gratitude on behalf of the Standing Conference for Fr. Meno’s many accomplishments, but most of all for his loving dedication to our work and to the ministry of the Gospel among our churches. Fr. Meno expressed gratitude for these words and asked for the prayers of all the members. He also commended Fr. Joseph Chamoun (S), who will assume pastoral duties at St. Mark’s.

The next meeting will take place on Thursday, March 10, 2011. The location will be announced.

The meeting concluded with a prayer offered by Sayidna Mor Cyril. 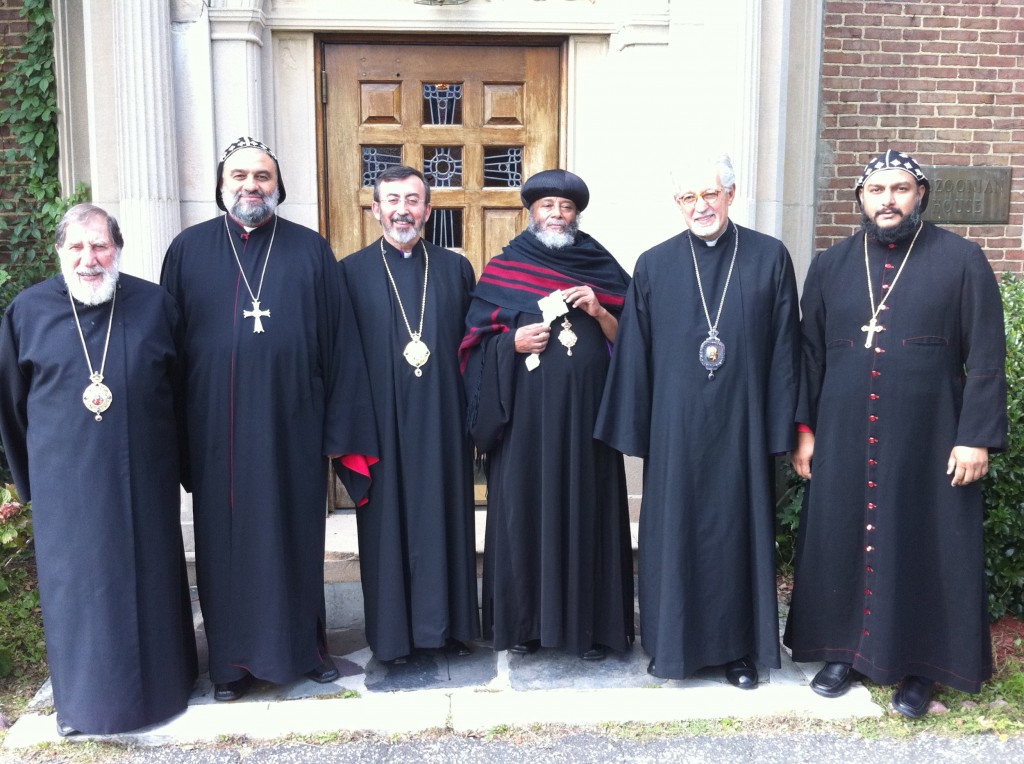