The purpose of the ongoing North American dialogue between the Roman Catholic Church and the Oriental Orthodox Churches is to learn from one another’s experiences in matters related to pastoral care.  Theological debate and discussion do from time to time ensue, but it is not the primary purpose of the meeting.  This year’s topic was the subject of marriage, specifically how each church prepares their faithful to enter into the Holy Mystery of Marriage and how each church deals with the subject of divorce.

Both communions agreed on the sacred, eternal and indissoluble nature of marriage, but both also acknowledged the need to minister to those faithful whose human frailties have led them – for whatever reason – to separate from their spouse and who still wish to remain within the communion of the Church.  The delegates also reviewed the findings of the recent Oriental Orthodox-Roman Catholic International Dialogue convened in Kerala, India and discussed significant recent events in the lives of their churches.

The delegates of the Armenian Apostolic Church announced at the meeting that their church will soon be canonizing martyrs from the Armenian Genocide of 1915.  The Armenian Church hasn’t canonized any new saints in 600 years, and its theologians are presently investigating the procedure by which to recognize sainthood.  The two Armenian Catholicoi, H.H. Karekin II of Holy Etchmiadzin and H.H. Aram I of the Great House of Cilicia, and both of their Holy Synods are working together on this monumental event and will declare the canonization jointly on April 23, 2014.  The two Catholicoi will also celebrate a Divine Liturgy together.

Other topics discussed included the ongoing genocide being carried out against the Christians of the Middle East, the recent and widely applauded In Defense of Christians summit held in Washington, DC, and the prodigious and heroic efforts of H.H. Moran Mor Ignatius Aphrem II Karim, Patriarch of Antioch and all the East, who has been working tirelessly not only to create awareness in the West of the plight of the Middle East’s indigenous Christians but also to heal the schism within the Syriac Orthodox Church of India. 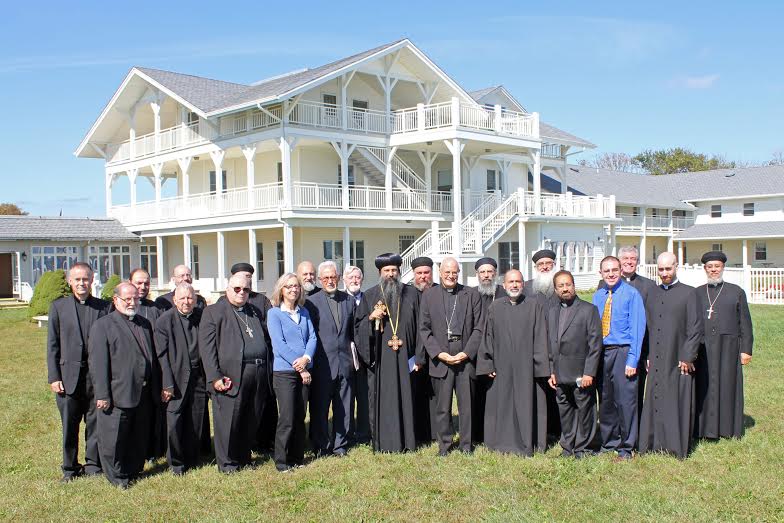