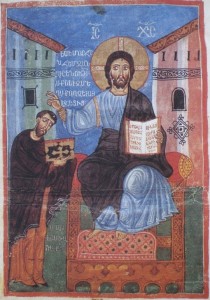 The Standing Conference of Oriental Orthodox Churches in America was established in 1973 under the auspices of the then Primate of the Eastern Diocese of the Armenian Church of America, His Eminence Archbishop Torkom Manoogian, now the Armenian Patriarch of Jerusalem, together with His Eminence Mar Athanasius Yeshue Samuel, the late Syrian Orthodox Archbishop of the United States and Canada, as co-chairmen. It was felt that such an official organization would help to address the growing needs and challenges facing the Oriental Orthodox Churches in America. Moreover, it was believed that such a body, comprised of the bishops and clergy of the Armenian (Eastern Diocese of the Armenian Church of America), Coptic, Ethiopian, Syrian and Syro-Malankarese (the current Malankara Archdiocese of the Syrian Orthodox Church in North America) Orthodox Churches would provide a united voice in dealing with issues of common concern and witness. Over the years, many clerics have represented their respective churches as Conference members, and have contributed greatly to the growth and expansion of the organization. 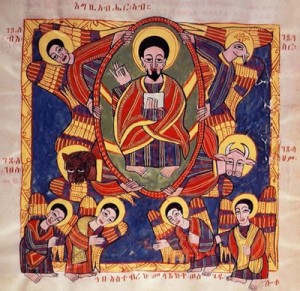