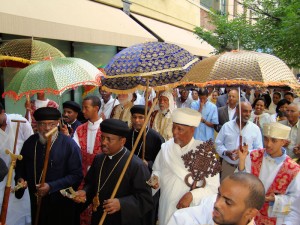 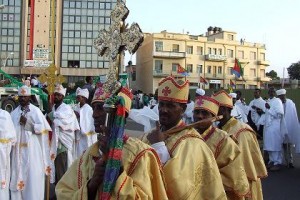 Located along the southwestern coast of the Red Sea, modern Eritrea was once the site of a powerful and ancient kingdom notable for maintaining a flourishing trade not only with other parts of Africa but also with territories as far afield as Syria, Persia, India, and China. For hundreds of years, Eritrea was in control of a large area extending across the Red Sea into the Arabian Peninsula and beyond to the Gulf of Aden.  This prosperity attracted merchants and missionaries from throughout the ancient world.  Judaism was well established in Eritrea at a very early era with most of the highlands being under the Mosaic Law at least 1000 years before Christ.

The history of Christianity in Eritrea dates back to the Apostolic Era.  In ancient times, Yemeni and Syrian Christians settled in the port cities of Adulis (near Massawa) and Avalites (Assab) along the Red Sea in the first century, making converts among the locals.  In the centuries that followed, churches were built and the Gospel was preached throughout the highlands, particularly in Akeleguzai, Hamasien, and Serae.

Christianity became the official religion of the Axumite Empire (an ancient kingdom which encompassed parts of modern Ethiopia and Eritrea) during the reign of Emperor Ezana (AD 320-356).  It was during Ezana’s reign that St. Frumentius, a Syrian from Tyre, was consecrated as the first Bishop of Axum by St. Athanasius of Alexandria himself.  St. Frumentius is revered in Eritrea and Ethiopia as the “Father of Peace” (Abba Selama) and “Revealer of Light” (Kesate Berhan). 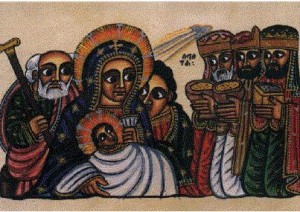 The Christians of Eritrea began to suffer in the 7th century in the wake of Muslim invasions. The region retained a certain independence until it fell under Ottoman rule in the 16th century. Eritrea was an Italian colony from 1890 to 1941, when it was captured by the British.  It entered into a federation with Ethiopia in 1952 and was annexed as an Ethiopian province in 1962. A lengthy struggle for self-rule culminated with the country’s declaration of independence on May 24, 1993.

In July 1993, the bishops of the country appealed to Pope Shenouda III of the Coptic Orthodox Church to obtain separation from the Ethiopian Orthodox Church and autocephalous status in order to join the “family” of self-governing Oriental Orthodox churches. On September 28, 1993, the Coptic Holy Synod responded favorably to this request and authorized the training of as many as ten future bishops for the Eritrean Church in Coptic monasteries. On June 19, 1994, Pope Shenouda III ordained five of these new bishops in Cairo, Egypt.

The process of the establishment of an independent Eritrean Orthodox Church took place in accord with the Ethiopian Orthodox Church. In early September 1993 Patriarch Paulos of Ethiopia and Archbishop Philipos sanctioned the separation of their churches, while stating their desire to work closely together. In February 1994 an agreement was signed in Addis Ababa, Ethiopia that reaffirmed the autocephalous status of both the Ethiopian and Eritrean churches, and recognized a primacy of honor of the Coptic Church among the Oriental Orthodox churches in Africa.

After intensive prayer and discussions among church leaders in April 1998, Abba Philipos, the bishop of Asmara, was chosen as the first Patriarch of the Eritrean Orthodox Church. He was ordained Patriarch by the Coptic Pope Shenouda III in Cairo on May 8, 1998. His Holiness Abune Philipos passed away after a short ailment on September 18, 2002. His Holiness Abune Philipos died of natural death in Asmara, Eritrea at the age of 101.

A protocol between the Holy Synods of the Eritrean and Coptic churches was also signed. It provided for close cooperation between the two churches, including the holding of a common general synod at least every three years, the commemoration of the heads of both churches in all liturgies, the formation of a common delegation in theological dialogues with other churches, and the establishment of a standing committee of the two synods to promote cooperation in such areas as theological education, social services, and development projects.

In January of 2006, in violation of the church’s constitution and canon law, Abune Antonios was removed from his patriarchal throne by the government.  Along with all of the Oriental Orthodox Churches, His Holiness Pope Shenouda III refused to recognize this as a canonical act and urged the faithful to pray for Patriarch Antonios who “is passing through a great tribulation. We hope that the Lord will rescue him.”  Amen.