Syriac Orthodox Church Receives as Many as 800,000 New Converts in Central America 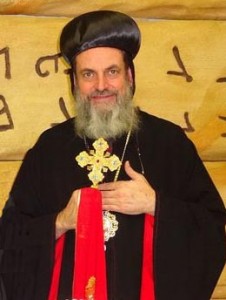 Cedar Grove, NJ – The members of the Standing Conference of Oriental Orthodox Churches were informed at their April 2013 meeting by H.E. Mor Cyril Aphrem Karim that the Syriac Orthodox Church of Antioch has received into Holy Communion thousands of members of an independent Roman Catholic body formerly known as the “Renewed Ecumenical Catholic Church of Guatemala”.

The movement, based in Guatemala and southern Mexico with a substantial membership in the Western United States, embraces a community of between 600,000-800,000 members, the overwhelming majority of which come from indigenous ethnic groups and live in extreme poverty.  It uses a modified Roman Catholic liturgy.  The group’s leader, Eduardo Aguirre Oestmann, who had previously been consecrated as a bishop by a prelate of the Brazilian Catholic Apostolic Church (of the vagante Duarte Costa line), was received into the Syriac Orthodox Church of Antioch as Archbishop Mor Yacoub and invested with the staff of the Patriarchal Vicariate of Guatemala on March 6, 2013 at the Monastery of St. Jacob Baradeaus in Atshaneh-Bikfaya, Beirut, Lebanon. 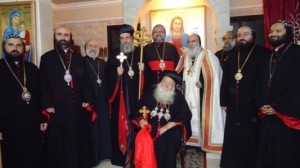 The Standing Conference congratulates the members of this community on their reception into the One, Holy, Catholic and Apostolic Church and prays for the growth of Orthodox faith and practice among their faithful.

2 thoughts on “Syriac Orthodox Church Receives as Many as 800,000 New Converts in Central America”