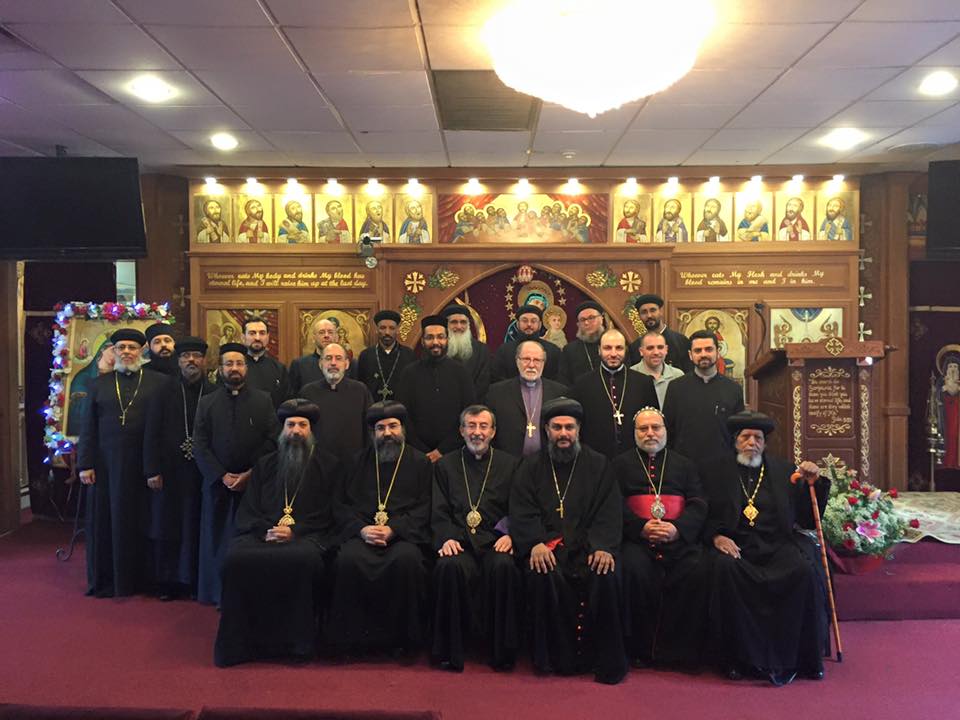 Among the items discussed by the group were the continued missions of OCCM and SCOOYA (the campus and youth ministries of SCOOCH), the upcoming annual Concelebration of the Divine Liturgy (to be held on October 22, 2016), and the resumption of the official dialogue with the Eastern Orthodox Church. Plans were also announced for an upcoming Eastern Orthodox-Oriental Orthodox joint prayer service to be held for the safe return of H.E.Yohanna Ibrahim and H.E. Boulos Yazigi, the Oriental and Eastern Orthodox Metropolitans of Aleppo. The service is to be held on April 21, 2016 at St. Gabriel’s Syriac Orthodox Church in Haworth, NJ.

Finally, before closing with a brief prayer service, the Standing Conference expressed its unequivocal support for H.H. Abune Antonious I, the embattled Patriarch of the Eritrean Orthodox Tewhedo Church, and offered its congratulations to His Holiness’ loyal representative, H.G. Abune Makarios, who has offered 65 years of monastic service and 25 years of episcopal service to the Church during his 85 years of life. May God grant His Grace many more years of peace, health, and happiness! Axios!