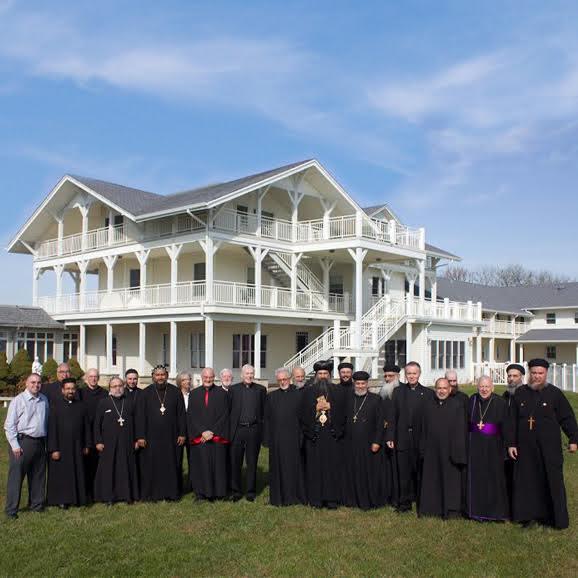 Long Branch, NJ – Representatives of the Standing Conference of Oriental Orthodox Churches resumed their annual dialogue with their counterparts in the Roman Catholic Church on October 20 and 21, at the Stella Maris Retreat Center in Long Branch, NJ.

The primary focus of this year’s meeting – a continuation of last year’s dialogue on the Holy Mystery of Marriage – was the Roman Catholic practice of annulment and how this concept contrasts with the Oriental Orthodox approach to treating the end of marriage – which both communions acknowledge as an eternal bond – as a concession to human weakness.  Next year, the discussion will continue with presentations on the respective pastoral approaches of the Syriac, Armenian, and Coptic churches to dealing with this painful issue.

The members of the dialogue also discussed a document produced by the Twelfth Annual International Oriental Orthodox-Roman Catholic Consultation – convened this year in Rome – examining the ways in which full communion manifested itself in the Church prior to the schism of AD 451, and what implications those expressions of communion might have for our churches today should full communion ever be restored.  The document – cautious, but optimistic – also recommend that the theologians of the Roman Catholic and Oriental Orthodox families consider which divergences of practice and doctrine today might be considered legitimate expressions of a shared faith within different cultural contexts and which represent true and actual differences.

Other topics discussed included the ongoing genocide being carried out against the Christians of the Middle East and the work of the Hill Museum and Manuscript Library of Collegeville, MN to preserve ancient Christian and Muslim manuscripts from Ethiopia, Timbuktu, Europe, and the Middle East.

The Oriental Orthodox delegates to the dialogue were: