Armenian Church Makes Saints of Genocide Victims The Armenian Church on Thursday, April 23, conferred sainthood on some 1.5 million Armenians massacred by Ottoman forces a century ago, as tensions raged over Turkey‘s refusal to recognise the killings as genocide. The ceremony, which is believed to be the biggest canonisation service in […] 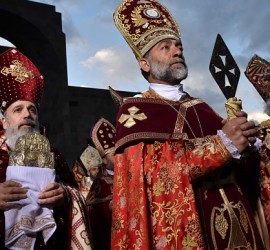 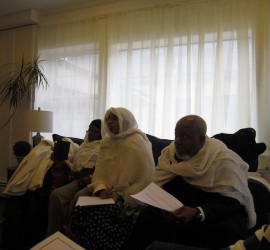 Pastoral Care: Our Unity between Clergy and Laity Englewood, NJ – “By our ministry,” the V. Rev. Fr. Melake Ganet Tesfa Eyesus declared to an enraptured audience, “the faithful are brought to Holy Baptism; by our prayers they are blessed; by the imposition of our hands they receive from God […]